How does RAID work and why should I use it?

What is RAID and why do you need it?

What is RAID, why do you need it, and why are the different RAID levels so important for your PC or server? RAID stands for “redundant array of independent disks”. It is a technique that was developed to provide speed, reliability, and increased storage capacity using multiple disks rather than single disk solutions.

So basically, RAID takes multiple hard drives and allows them to be used as one large hard drive with benefits depending on the level of RAID being used. As mentioned, it has several levels and each level has its own characteristics. The one you should choose totally depends on whether you are using RAID for performance, fault tolerance, or both.

Here is a short explanation of the popular RAID levels.

RAID 0 can be used to boost the performance of your dedicated server. It consists of striping without mirroring and parity. All data is written across multiple disks which means that the work of the server is handled by multiple disks instead of one.

This will increase the performance of your dedicated server due to the fact that multiple drives are reading and writing data. The disadvantage is that there is no fault tolerance which means that the entire array will be affected if one disk fails and this can lead to data loss or corruption. 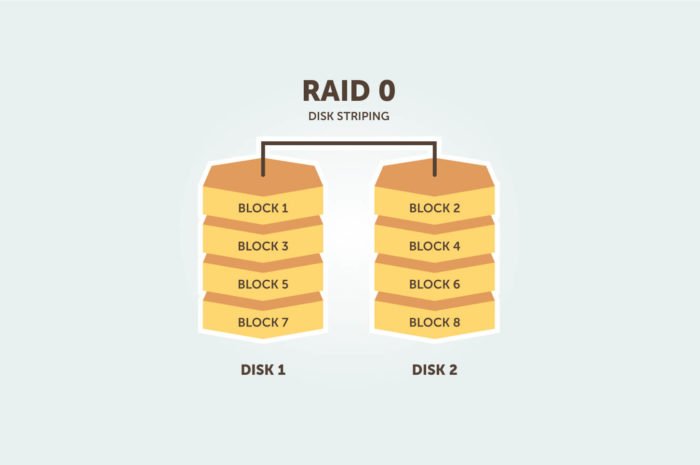 With RAID 1 your data will be copied from one disk to another, creating a replica or mirror. Let’s say that you have a 10 GB file and you have a RAID 1 configuration, your file will be saved on the first and second drive. Your data will be available even when one disk gets fried, that’s why we can call this a safe or fault tolerance configuration. RAID 1 can be implemented through software and hardware. 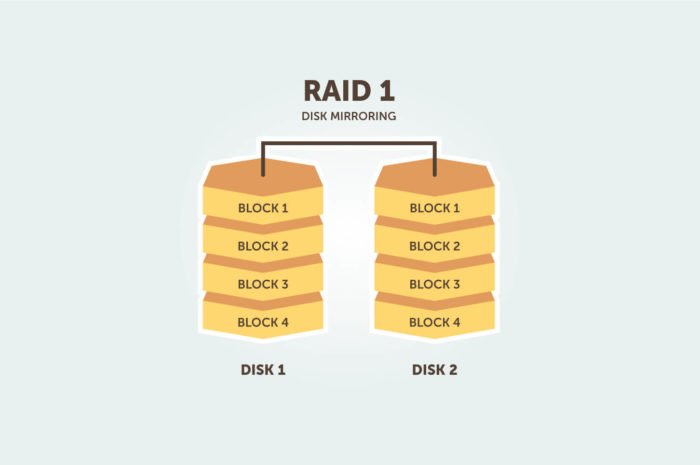 RAID 10 is a combination of both levels. (RAID 1 and 0) With this configuration, you can get fast performance and redundancy. It is perfect for heavy database machines or for machines that are performing many write operations. In order to configure your dedicated server in Raid 10, you need to have a machine with 4 disks. You can implement RAID 10 in both hardware and software but usually when you use software RAID 10 many of the performance advantages will be lost.

RAID 5: Looking for something between?

RAID 5 is a little bit complicated to explain but it is a solution between RAID 0 and RAID 1. RAID 5 can be implemented with 3 to 16 disks. However, for optimal redundancy, we do recommend a 3+1 configuration. With this configuration one disk is used for storing parity data for every 3 disks that are used in the RAID configuration. This configuration is just as safe as RAID 1. Unlike RAID 1 you will only use the capacity of one drive so for example if you have 3 disks you will only use 33% of the disk space and if you have 4 disks you will use 25% and so on. 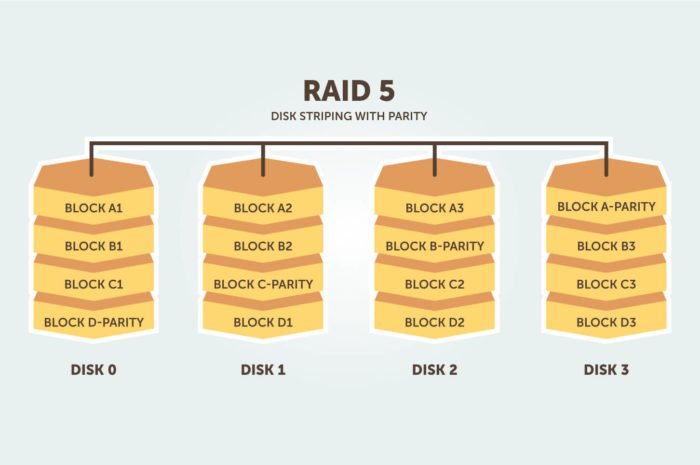 RAID 6 is similar to RAID level 5 but it allows extra fault tolerance. The parity data are written to two disks which means that it requires at least 4 disks. If two drives fail you will still have access to all of your data even when the failed drives are being replaced so we can call it more secure than a RAID 5 configuration. 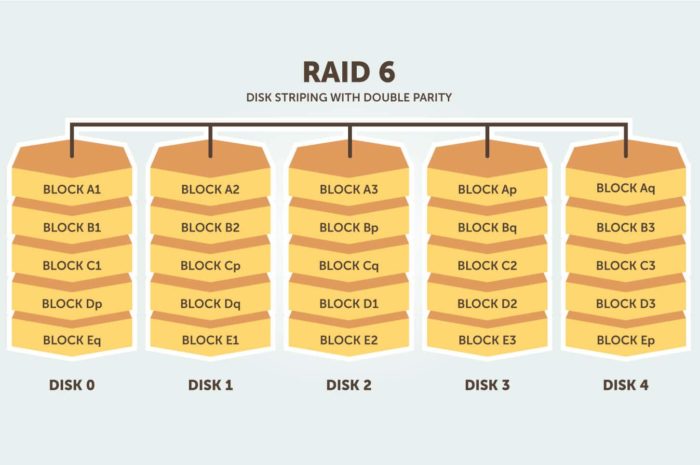 How much disk space can I use after the RAID configuration?

This depends on the preferred RAID level. For example, RAID 1 uses the capacity of one of its drives to maintain fault tolerance. So if you combine 2x 500 GB drives in RAID 1, you will get 500 GB of usable disk space.

With RAID 10 half the array capacity is used to maintain fault tolerance. If you combine 4x 500 GB drives in RAID 10, you will get 1000 GB of usable disk space.